So forms are essential for trade and government from a communicational but also organisational point of view. In the past, forms helped develop industry but, as a consequence of this, they contributed to enhance and enlarge (the abhorred) bureaucracy.

Many examples of rather new forms can be seen in Schwesinger’s book. In addition, in his chapter about the history of forms it possible to find some interesting old examples, but I would like to complement this section with two cases related to passports reviewed in one of the typographic delight class about forms.

At least for me, it was is hard to imagine the passports before being the comfortable small booklets they are nowadays. Well, the picture below shows a extended passport from 1820 app (from Italy?). As seen, the communication is based on hand-written information and official stamps.

The information carried is similar to the modern passports whereas the object itself is completely different. Instead of a bound book, the old passport has pages folded like an accordion. The length of the passport varies according to the amount of travels that the person or family did.  The paper was written in both sides until there was no more space to use. Then they added more paper and continue using the same passport for many years.

The role of the stamps, on the other hand, is not anymore just an official signature. Stamps now carry most of was used to be written information, such as date, country, city and accrediting bodies. 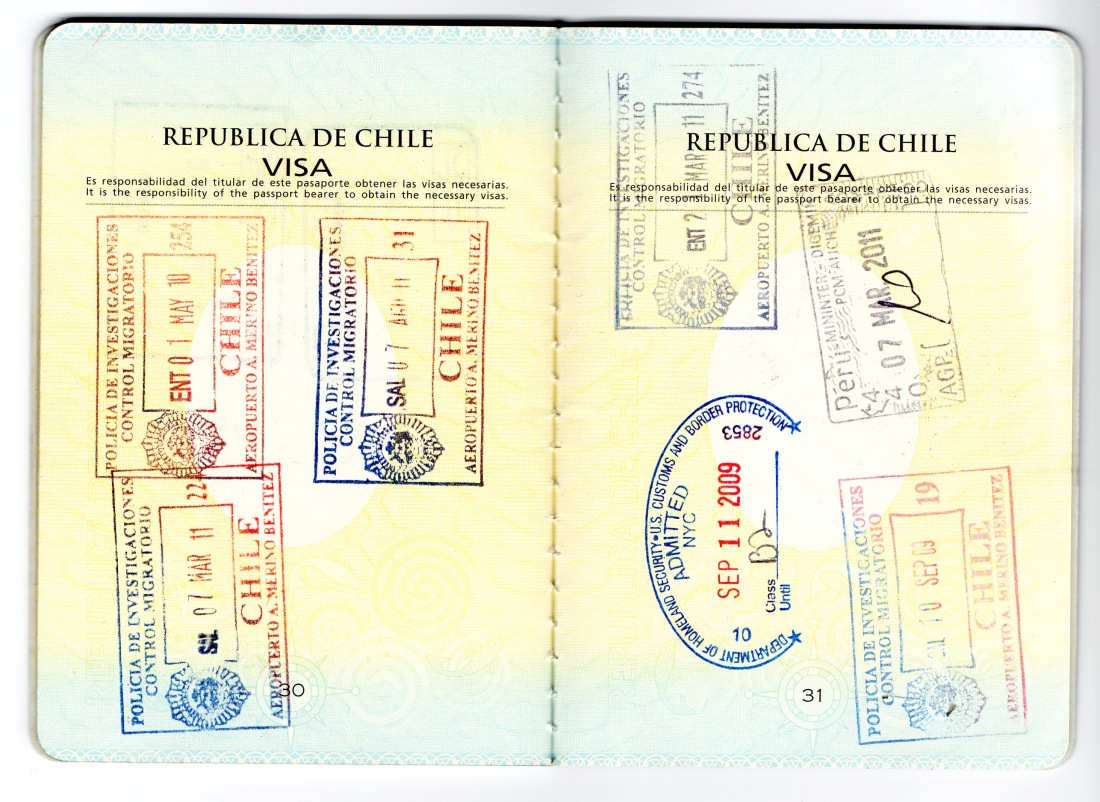 The other remarcable example is a much more sophisticated form, a passport or visa document from France in 1823 and 1828. This document consist in two parts which have the same information in it. One is meant to be for the general police of France and the other (smaller version) is for the person staying in the country.

Between the two versions of the visa, there is a vertical text saying “Royaume de France”. This text is not ornamentation but a way of proving that a document is original. The two parts of the document are cut just over this text, as a way of having a unique way of fitting. In the picture above, the pieces are not from the same document, that’s why they don’t match.